Arial knows the rules that keep her safe. She’s been following them since she was a little girl: Do not tell. Do not show. But in a moment of terror, facing an attacker intent on taking more than just her life, Ari has no choice but to unleash the psychic powers she’s been hiding since childhood.

Now, with her abilities revealed, a bigger threat looms—something that makes her question everything she thought she knew about her parents and her secretive upbringing. But this isn’t a fight she can face on her own.

As the head of Devereaux Security, Beau Devereaux is no stranger to the strange. But when he takes on a new client—a beautiful young woman with an extraordinary gift—Beau isn’t prepared for the extent of his attraction to her. What began as a simple assignment, just another job, quickly turns personal as Beau discovers he’ll do anything at all to protect Ari. No matter what it costs him personally. Even his heart and soul.

In His Keeping
by Maya Banks

I have to say that I wasn’t sure if this was going to be something that I enjoyed or not. While I love romance, I am not huge into suspense novels. It is one of those things that I have to be in the mood for. That being said, I really did like this book.

Ari is a girl with a secret. It has been one that she has had all of her life. When it comes out into the open, she has no choice but to run to the man that her father told her to, Beau.

I like Beau. I think he was a good guy who has the luck to be attracted to a woman that is gifted.

The story was well-written and there was good character development. This is the second in the series but I think you could read it as a stand alone.

Now, that being said I do think there were times when the dialogue was a little dry and repetitive but that happens. I am also a little tired of the instant love scenarios. I completely understand being attracted to someone but it seems like everyone is instantly jumping into bed, saying I love you or just things that seem a little outside of reality. I know its a romance book but still…

I am a fan of Maya Banks and I would recommend you check out the series and let me know what you think. 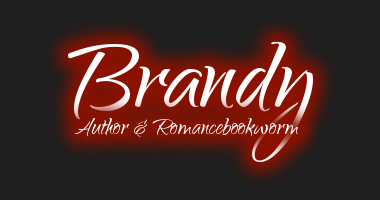 The review copy of this book was supplied by the publisher in exchange for a fair and honest review.

REVIEW by Katherine: The Corpse Whisperer by H.R. Boldwood