Skip to Content
Home / News / Books By Genre / Age Group - Young Adult (YA) / REVIEW by Trish: Eric Elmoor and the Chalice of Cameron (Eric Elmoor #2) by Thomas A. Meyers (@tommythescribe) 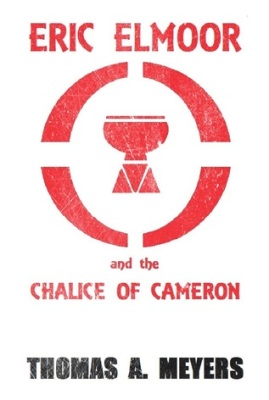 Nearly a year has passed since the Battle of Fairwood, but the images of that day have been haunting Eric’s dreams ever since.

Ben arrives back in Gondlair to warn Eric of their enemy’s resolve and to offer him a chance to resume his training. Wishing for some sort of normality, Eric turns down the offer.

But when Derex returns to attack his school, Eric comes face-to-face with a cold reality: He cannot escape the darkness spreading across Novogard. Setting out for the dwarf city of Eohton, he finds that the elves have become refugees – exiled from their own land. It is here where he will continue his tutelage under Warwick Wargrim. However, Lillian Scarlight is never too far from Eric’s mind.

As time ticks by, the intentions of their enemy becomes all too dire. Loyalties will be tested, blood will be spilt, and an unforeseen alliance will shake Novogard to its very core.

Eric Elmoor and the Chalice of Cameron
by Thomas A. Meyers

What I liked: The descriptions of the dwarvish city really captured my imagination. I could picture it clearly in my mind, and the author gives just enough for it to come alive without bashing through anything my imagination produced.

The politics between the elves and the dwarves is intense, and then off goes the elves’ main ally to check out the front, right alongside Eric’s main ally, leaving both elves and Eric behind. So, who does the king leave in his place but his military commander? A dwarven man who obviously hates the elves and sees them as more of a threat to his people than Derex’s advancing minions. This makes for some great tension.

And then there’s the ambiguity of Derex’s motivations. As in The Gauntlet of Godric, Derex is revealed as a complex villain, who sees his evil ways as a means to a benevolent end. Even as he ousts his own people and then sends an army after them, he truly believes he’s doing it for their good.

Eric’s baddassery. Holy cow! Or rather, holy panther! So, as in the first book, Eric builds his magic and warrior skills. But, in this book, he takes it a step further and becomes a hero. The battles and fight scenes are amazing and really come alive. The danger feels real, and the victories don’t come easily, when they come at all.

What I didn’t like: That being said, and though I love what Eric can do, he seems to learn it all rather too easily. Particularly when given little to no guidance. Though Warwick demonstrates the new spells, he doesn’t actually instruct Eric in how to do them, not really. There’s no gradual attainment of understanding followed by growing ability. Everything just clicks for Eric, and then in only a few practice sessions, most of those alone, he’s mastered both new abilities.

Adding to that, Eric’s over-the-top reaction to the secret revealed in the book had me rolling my eyes a few times. He may be a teen, but come on, these are his friends. It gets dicey, which is good for the plot, but the extreme reaction is not quite believable. Perhaps it would have been a bit easier to accept if toned down and balanced with some inner conflict between both the past dealings and the new knowledge rather than the single-minded anger at only the new knowledge.

I also think that there just might be a plot hole regarding how Warwick and Eric are getting back into the city after their forays into the countryside. After the rather close call of their initial exit, it doesn’t seem possible they would be able to return in the same manner. It’s never explained.

Finally, the story could use some smoothing over here and there for an easier, more concise read, and there are some grammatical issues, particularly homonyms and typos that wouldn’t be caught by mechanical eyes. I’d say the book could benefit from some additional editing for flow and grammar. Overall: I really liked this story, but it seemed rougher than I remember the first one being. I’d recommend this to folks who enjoy a good fantasy adventure with a young hero, an intricate plot, and lots of interesting magic and plotting. The fight scenes and the locales were very well drawn. 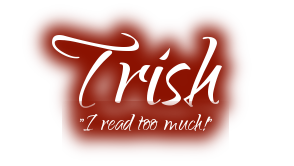 Other Books in the Series

About Thomas A. Meyers

In a hole in the wall there lived a writer…

Where to begin? Well, I can honestly tell you that I cannot remember when I first started putting pen to paper. But I do know that I have always had a fascination with storytelling and that it has always been my dream to share those stories with other people.

My “professional” writing career began with screenplays. You know, those documents that eventually turn into movies that have entirely too much white on the page. Yeah, I’ve written several of those. I became a semi-finalist in a monthly contest when Amazon Studios was still doing month-to-month contests. And another one of my scripts also garnered interests from UK and US producers but kept on hearing the same thing: the budget was too high. “The story is great,” they said. “But we can’t put $50 million toward a project written by an unknown.” My dreams were shattered.

Amidst all this daring-do in trying to sell my scripts, I even tried to get my wife to read a few of them but she found the format of screenplays jarring (as most people who’ve never read one and suddenly tries can attest to). She told me that she’ll read my book (whenever it was that I came around to writing one).

I still had faith in my screenplay writing abilities and kept trying to plunge forward. But I found that I kept running into a brick wall and my face was beginning to turn bloody from it. The reason? I write too big. The budgets for every one of my scripts were in the $10 million+ range and no one would invest in a new writer with that kind of money at stake.

So, on a family vacation to Orlando, Florida, we arrived at Universal Studios Islands of Adventure on the day The Wizarding World of Harry Potter opened along with 6,000 other people. After riding everything else that the park had to offer in under four hours, we decided to brave the 6 hour wait in line to see what the new Harry Potter park had to offer.

We waited and waited. Then…I got bored. While standing in line, there was a big jumbotron that was showing various scenes from the Potter films and the thought hit me: Rowling has her own world, Tolkien has his own world, so does George Lucas and even James Cameron. I want MY own world!

At that point I left my wife and son in the line while I ran to the nearest gift shop and purchased a leather-bound Hogwart’s journal for entirely too much money, returned to my family, pulled out a pen that I always carry with me, and stared at a blank page while the line slowly crawled forward. What the hell do I write?

Then something hit me: Nearly all traditional fantasy takes place in a quasi-medieval world where people still fought with swords and shields and castles peppered the lands. What if a world like that were to evolve into a technological society? A world of towering metropolis’s and public transportation and more advanced weaponry? How would the dwarves, elves, gnomes, and humans interact in this advanced world? Would EVERYONE sign on to this technological revolution? From that point on, the flood gates were open.

I wrote various ideas and possible plotlines all the way until we arrived at the gates of Hogsmead 5 hours later, stopping only to use the restroom, get a drink, or grab a dose of nicotine. I had created my own world. The world of Abeodor. The story that hatched in my mind takes place on one of the 5 continents in that world: Novogard.

That was in 2010. Since then I have fleshed out all 5 books into solid scant outlines and finished the first book in the series.

So why self-publish? Well, in the 5 years of trying to break into the movie industry, I began to tire of people telling me ‘no’ at every turn. With self-publishing, I don’t have to do that. I don’t have to deal with a Council of Editors that I have to appease in order to have a publisher release my book.

REVIEW by @GinnyLurcock: World Burns Through by Vicki Keire (@vickikeire)