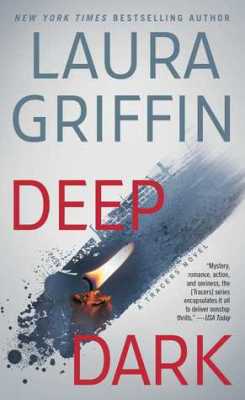 The moment detective Reed Novak steps onto the crime scene, he knows the case is going to rock his world. A beautiful young woman murdered at home. No sign of forced entry. No motive. She’s obviously not the killer’s first victim, and Reed’s instincts tell him she won’t be his last. Reed’s first clue comes via a mysterious text that links to a dating profile, but even more intriguing than the clue is the person who sent it.
As a white-hat hacker in the Delphi Center’s cyber investigation unit, Laney Knox sneaks into some of the deepest, darkest corners of the Internet looking for predators. Laney would prefer to stay away from Austin PD’s most recent murder case, but she can’t ignore the chilling similarities between that crime and her own brutal attack years ago. Laney offers to help the sexy lead detective, but he wants more from her than just a promising tip—Reed wants her trust. Laney resists, but as their relationship deepens she’s tempted to reveal the closely guarded secrets that could make her a key witness…or the killer’s next victim.

KEEP READING FOR MORE INFO ABOUT THE BOOK
AND TO READ LORNA’S REVIEW!

I came late to the Tracer party and only started reading these with book 9, Shadow Fall, which I really enjoyed. So when Deep Dark became available on Net Galley, I immediately requested it in exchange for a fair and honest review. One of these days I would love to read some of the other ones. They work fine as standalones.
Laney Knox is twenty four, a highly qualified computer hacker, and to be honest, a bit of a nerd-a pretty nerd, but still a nerd. She’s a workaholic and lives to hack, legally of course. When one of her friends dies at the hands of a sadistic killer, she is pretty freaked out. Not only because of her friend, but because of the attack she herself survived a few years before-an attack that is eerily similar to what happened to her friend-and a few others. Reed Novak is the homicide detective assigned to the murders. He’s divorced from a cheating wife, edging towards forty, and is very tenacious when it comes to this, or probably any murder case he’s involved in. When the case seems to involve someone very versed in hacking, Laney and Reed meet. Attraction? Oh yes, but all Reed keeps thinking is-she’s only twenty four. As far as Laney is concerned, Reed’s age doesn’t bother her at all.
There was a time, not that long ago, that everything I read was romantic suspense. I kind of got burned out on it, and now only read it occasionally. This series is one series I wish I had read from the beginning. From what I can tell, they always feature different couples, always tell a story with a mystery(murder so far, for the two I have read)and feature a good and sensual romance, with chemistry off the charts. The author’s characterizations are always fully realized for not only her main characters, but also for many of the peripheral characters.
The only slight problem I had with this read was Laney’s compulsion to work on the case on her own. She is not only a witness because of her friendship with the victim, she is also a probable would be victim. But that doesn’t stop her from getting even more involved, much to Reed’s distress. She really doesn’t have too stupid to live moments so much, as she has her own tenaciousness when it comes to her work. Her work is finding hackers and since the killer is a hacker, well then why not? Reed of course isn’t happy with her for a good bit of the book because of this. But she is really helpful with the case so he can’t complain too much-but he does. She also has a few secrets that she keeps from Reed, for far too long.
I think I liked this a bit better than the last one, nothing I can put my finger on, it just kept me on my toes throughout, and I never figured out the culprit. Oh, he was on my radar, but still a surprise to me so that was a big plus. Always good in a mystery for sure! I also really enjoyed the romance and the chemistry between the two main characters-another plus. I would highly recommend this book and series to adult romantic suspense readers.

The review copy of this book was provided by the publisher via NetGalley in exchange for a fair and honest review.

New York Times and USA Today bestselling author LAURA GRIFFIN started her career in journalism before venturing into the world of romantic suspense. She is a two-time RITA Award winner (for the books Scorched and Whisper of Warning) as well as the recipient of the Daphne du Maurier Award (for Untraceable). Laura currently lives in Austin where she is working on her next book. Visit her website at http://www.lauragriffin.com and on Facebook at http://www.facebook.com/LauraGriffinAuthor

New Release! Check out this excerpt from KISS COLLECTOR by Wendy Higgins!